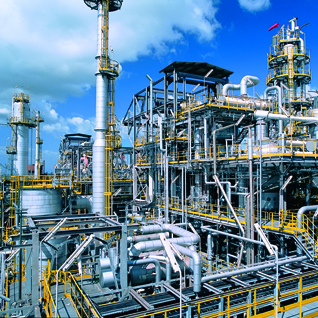 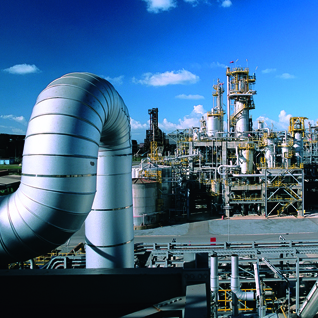 Construction of a petrochemical plant in Trinidad: AUM Complex

The twin island country of Trinidad & Tobago, which is a part of the Caribbean, is the third richest country in America after the United States and Canada. Trinidad & Tobago's economy is historically based on a large petroleum industry. In the recent years the economy has continued to grow by investments in other resources like petrochemicals and liquefied natural gas. Ferrostaal has developed and built a petrochemical plant complexfor the production of fertilizers and melamine in Point Lisas on the island of Trinidad. In 2013 Trinidad & Tobago became the world's largest exporter of ammonia and the second largest exporter of methanol.

Ferrostaal has had a history of working with Methanol Holdings Trinidad Limited (MHTL) and its predecessors since the early 1990s. Ferrostaal had built plants for the production of two synthetic gas products on Trinidad: methanol and ammonia. By 2006 the company had constructed four methanol plants for MHTL and two ammonia plants - including M5000, at that point the largest methanol plant in the world. As a result, MHTL became the second-largest methanol producer in the world.

After that, Ferrostaal constructed the AUM complex with an investment volume of 1.6 billion US dollars. The plant consists of a total of seven individual plants and three sub-plant complexes, producing ammonia, urea ammonium nitrate (UAN) and melamine. Production is aimed primarily at the markets in North America and Europe. With the realisation of 13 petrochemical plants on Trinidad & Tobago, Ferrostaal contributed significantly to the country's ongoing industrialization also by becoming shareholder of MHTL.

To harvest the liquefied natural gas resources of Trinidad & Tobago more effectively the AUM complex was thought up to refine natural gas into ammonia, urea ammonium nitrate (UAN) and melamine. The construction time for the whole petrochemical complex was set at 34 months. The first section of the plants, in which ammonia is produced, was completed and ready to start production after 28 months. Construction of the second section of the plant complex, the plant for the manufacture of UAN (urea and ammonium nitrate) and two melamine plants, were completed by 2009.

By mid-2010, Ferrostaal - together with several technology partners - had realised seven individual petrochemical plants for producing fertilizers and melamine. As the prime contractor, Ferrostaal was responsible for project conceptualization and coordination as well as project management of the entire complex. From realisation of the engineering facilities, delivery of the components and construction. Because Ferrostaal is also an investor it has an additional interest in the profitability and effectiveness of the complex.

The AUM complex is the first major downstream petrochemical project in Trinidad & Tobago and the entire Caribbean region. Beside the implementation of the AUM complex Ferrostaal as a shareholder of MHTL also led the project development of all the MHTL projects incl. M5000 and facilitated the structure and arrangement of the loan from KfW IPEX Bank with coverage of EULER-HERMES.

The structure of the plant complex

The AUM complex produces three main products: (i) UAN-32 solution, a popular liquid direct surface fertiliser, (ii) melamine, a white, crystalline powder used in laminates, wood adhesive resins and surface coating and (iii) cold ammonia, which can be used as a fertiliser or as a precursor for further downstream processing. The first step is the refinement of natural gas in the AUM ammonia plant to ammonia and carbon dioxide. Both are converted into urea solution in the urea solution plant. The AUM ammonia plant also provides the UAN plant section with ammonia, which first produces nitric acid from ammonia and atmospheric oxygen within the nitric acid plant. The nitric acid is then turned into ammonium nitrate solution in the ammonium nitrate plant. This solution is then mixed with urea solution from the urea plant to produce the final product, UAN 32-solution. In a second step, the AUM complex produces melamine within the second plant section by using pure urea. The melamine plant transforms urea under pressure and temperature into melamine. To purify of the reaction product ammonia and carbon dioxide are added to the process in small quantities.